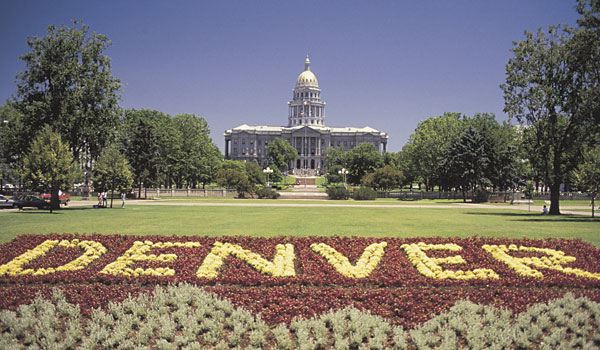 Could pot clubs in Denver be a way to deal with increasing public consumption in the city’s parks and on the 16th Street Mall?

Amazingly, that’s what Denver Mayor Michael Hancock is asking — a dramatic shift in his stance from only three years ago.

In 2013, as the city was crafting its retail marijuana regulatory framework, Hancock directed the City Council to explicitly ban pot clubs.

“I propose and advocate for the most restrictive regulatory environment for marijuana,” Hancock said then. “And I believe that by allowing private clubs, it doesn’t speak to that value.”

The city fiercely has defended this position over the years.

Police have busted cannabis clubs. The city threatened to shut down events that advertised open consumption and officials last fall convinced activists to drop a ballot initiative that would have asked voters to OK pot smoking in bars.

Hancock admits he is now open to the concept of pot clubs.

“When you start looking at what the users are doing, whether they are visitors, walking up and down the mall and smoking in our parks, you recognize if someone doesn’t have a residence here that they have got to have an outlet. I haven’t said, ‘Yes.’ But I have said, ‘Give me more information,’ ” he said recently in a meeting with The Denver Post’s editorial board.

A liberal policy could transform Denver into Amsterdam, opening a Pandora’s box of pot smoking that would be difficult to control. If policies are too restrictive, users would ignore the clubs and people would continue to smoke openly in public. Today, that problem is becoming hard to ignore.

“We hear from visitors and residents all the time that they don’t want to take their kids to the 16th Street Mall, saying they worry they will get a contact high,” Hancock said.

Officials may be looking at imposing a smoking ban on the 16th Street Mall, and the city is examining stricter rules around public consumption, Hancock said. Now, it is illegal to smoke in public, but the infraction is only a civil violation and not a criminal one.

“This is a great deal of frustration for the police department that they are not able to truly cite someone,” Hancock said.

If the city cracks down on public use, it is only fair it should provide a way for people to consume the drug legally, Hancock said. “Let’s look at the issue. What does it mean? What could it look like?”

To see for myself, I visited iBake Denver, the closest pot club to downtown Denver.

The business, which is just across Denver’s border on Washington Street in unincorporated Adams County, charges a $10 annual membership and $2 per visit.

Members bring their own weed and adhere to strict conduct rules. They can buy paraphernalia, snacks and sodas in the shop that one patron called “a head shop with added benefits.” But they cannot sell or trade drugs, said the woman behind the counter who introduced herself as Littletree Oppy, who co-owns the business with her husband, Thurlow Weed.

“We provide everything you need to consume,” she said, pointing out bongs, pipes and other equipment. The business has 17,000 members and has opened a second shop in Englewood, she said.

It was about quitting time on a recent weekday. A cluster of pot-smokers sat around a wooden table in the middle of iBake’s cinder-block building. A smoky haze clung to the ceiling.

In a back room, an industrial air filter whirred in an attempt to clear the air. Archie N., who would not provide his full name, sat on a couch, filling a pipe.

With a wife and kids at home, he doesn’t like to spark up at his house. “I can come here and meet similar like-minded people from around the world,” he said between puffs.

Oppy said the business typically gets 20 to 30 customers a day. It is open until midnight every day. A check with the Adams County Sheriff’s Office confirms nine calls for service to the address since 2014, but “all were benign calls,” said Sgt. Jim Morgen, sheriff’s spokesman.

For pot clubs to gain legitimacy, clarification is needed. Lawmakers may introduce legislation around such clubs this year, said Rep. Jonathan Singer, D-Longmont.

One idea is to follow the brewery and distillery model, allowing limited consumption similar to tasting rooms at production facilities. The other would be regulating private clubs.

“We would like some way to regulate those folks to make sure they are operating above board,” Singer said. “If people want to consume, they should be able to do it in a safe place out of public view.”

Singer says the state’s laws are unfair to tourists.

“We say come to Colorado and buy our products, but, by the way don’t consume them at your hotel or in the streets and don’t take them out of the state when you leave,” he said.

Amendment 64, which legalized retail pot in Colorado in 2012, strictly forbade consumption “conducted openly and publicly or in a manner that endangers others.” The state now must define what open and public means and whether pot clubs are in violation.

For example, is a club that is available to anyone over 21 who buys a membership a public or private organization?

And would smoking marijuana inside the club violate Colorado’s Clean Indoor Air Act?

If Denver approves clubs, would it allow only vaping or edibles?

These are the questions that need answers, said Mayor Hancock, who is to be commended for being flexible on this ever-evolving issue. He is also right to take a cautious approach to such a difficult and thorny issue.