The 2016 Presidential Candidates Who Could Let You Smoke Marijuana

The 2016 Presidential Candidates Who Could Let You Smoke Marijuana 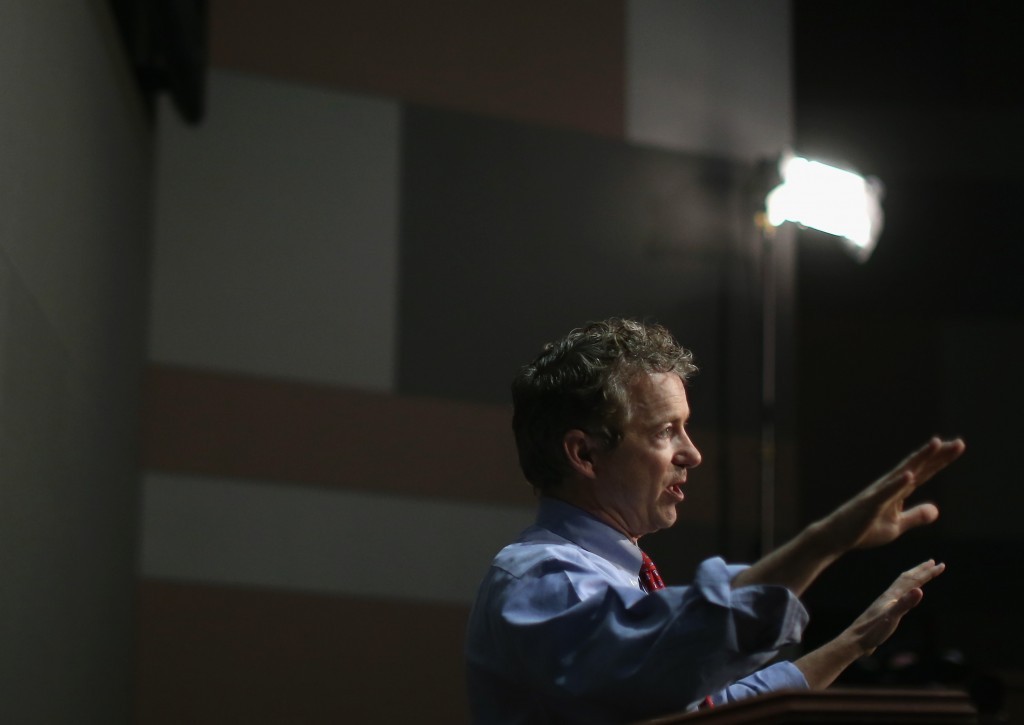 By: The Cheat Sheet

Among the issues facing the 2016 presidential candidates, most aren’t quite as touchy as the debate surrounding marijuana legalization. We’re definitely past the days when then-candidate Bill Clinton said he “didn’t inhale” marijuana during his college days to avoid a press scandal. In 2006 Senator Barack Obama could admit he smoked marijuana without any serious repercussions in his future presidential campaign, and since that time we’ve seen several states pass measures that allow possession of medical or recreational marijuana. A big part of that change has been public sentiment about marijuana use, particularly among younger Americans who now make up a significant portion of the voting pool. 2013 was the first year when those who favored marijuana legalization outnumbered those who preferred laws to stay the same. That year, 52% supported some form of legalization, while 45% opposed it. Today, it’s increased to 53% in favor, while 44% oppose legalization.

As a result, presidential hopefuls have a fine line to walk when discussing marijuana. Some candidates have been bolder than others, but only a few have made definitive statements on their thoughts about legalization so far. After all, it’s a much different beast than contemplating whether Americans should get a pay raise. Here’s what the candidates have said, and who could support “going green” if elected to the White House.

The perk of being an acting member of Congress is that you can introduce bills that clearly state your opinion on any number of topics, including whether people should have legal access to marijuana. Sanders used his role as the senator of Vermont to do just that, when he introduced a bill in November that would decriminalize marijuana possession on the federal level, and leave it up to the states about whether or not to legalize medical and/or recreational marijuana. For Sanders, this settles the debate about whether marijuana legislation should come from the federal or state governments. “It’s a state and a federal issue. The federal issue is that we should remove marijuana from the Controlled Substance Act. That’s a federal decision,” Sanders told CNN. “The state decision is that we live in a federal system of government where issues like tobacco and alcohol are significantly regulated by the states. And I think that is a province of the states.” Marijuana’s current status is a Schedule I drug, carrying the same classification as heroin, LSD, and ecstacy. Sanders’ bill would change this status and allow marijuana possession on a federal level, opening a clear path to state-by-state legalization. It would also allow current employees in the marijuana industry to use traditional banks to deposit their earnings, which thus far has been a tricky subject for those working legitimate jobs in states that have already legalized marijuana, like Colorado and Washington.

Clinton has been fairly hesitant to speak up on the topic of marijuana, but during a town hall meeting in early November said she supports reclassifying the drug as a Schedule II substance, which would permit universities and health entities to conduct research on the effects of medical marijuana. “The problem with medical marijuana is there is a lot of anecdotal evidence about how well it works for certain conditions. But we haven’t done any research. Why? Because it is considered that is called a schedule one drug and you can’t even do research in it,” she said during the town hall meeting in South Carolina. Clinton did not endorse full legalization for recreational use, saying that she’d prefer to wait to see how states like Colorado and Washington continue to handle the ongoing rollout before making any changes on the federal level.

O’Malley is hanging on by a thread to even participate in the next Democratic debate, but he rounds out the cast of characters from the Democratic party. Like Clinton, O’Malley supports the reclassification of marijuana to a Schedule II drug, but is waiting for states like Colorado and Washington to provide more insight before endorsing full-scale recreational legalization. During his time as governor of Maryland, O’Malley signed a bill that decriminalized the possession of less than 10 grams of marijuana, and was governor when Maryland legalized medical marijuana. Though initially against any marijuana use during his time as governor, he eventually changed tacks and now is exploring the idea in more depth. In September 2015 he visited Denver to participate in a roundtable discussion about marijuana with industry and legalization advocates.

Among his conservative counterparts, Paul takes the most progressive approach toward marijuana legalization. Though it’s unlikely to pass because of inaction, Paul is a co-sponsor on the CARERS Act, a bill that would allow medical marijuana on a federal level and leave the other legalization details to individual states. In a visit to Denver in October, Paul indicated that state’s rights would continue to be an important part of any marijuana platform he establishes. “I’m not here to advocate for marijuana,” Paul said during a speech at the University of Colorado Denver. “But I’m here to advocate for freedom. And you know what, if I’m president I’m going to leave Colorado the hell alone.” In the GOP debate in September, Paul said he’d like to see “more rehabilitation and less incarceration,” making the point that he believes enforcing current marijuana laws has an unfair effect on minority populations.

Though Huckabee has traditionally said he’s against marijuana use in any form, he did say during an interview in October that he’s “open” to the idea of medical uses. The Marijuana Policy Project, which rates each of the candidates based on their statements and actions surrounding marijuana, gave Huckabee a B-, primarily because he’s said he won’t interfere with states like Colorado that have already legalized the substance. It’s the highest grade among the Republican contenders except for Paul, who was given an A-.

Where do the rest stand?

None of the other Republican candidates support widespread marijuana legalization, but talk about it in varying degrees. Carly Fiorina and Ted Cruz have both said they believe in state’s rights and wouldn’t enforce the federal ban in states that have legalized the drug, essentially leaving it at the uncertain status quo that exists today. Jeb Bush admitted to smoking weed in his younger years, but reiterated during a GOP debate in September that America has a “serious epidemic” of drugs that still needs to be addressed. He fell back on state’s rights during the debate, as does Marco Rubio, though Rubio’s explanation can be a bit confusing to follow. Donald Trump has said he’s generally not bothered by medical marijuana, but is solidly againstrecreational marijuana on the whole. Ohio Governor John Kasich, whose state just vetoed the use of marijuana, said in an interview last April that he wants to honor state’s rights but opposes legalization and that as president he would “lead a significant campaign down at the grassroots level to stomp these drugs out of our country.” Jim Gilmore is “not a legalization guy.” Rick Santorum believes in the war on drugs and believes federal laws should be enforced. Ben Carson said he would “intensify” the war on drugs, and is against marijuana legalization. Carson said medical use in “compassionate cases” is acceptable, but that it’s essentially a gateway drug. Chris Christie, though pointing out that New Jersey has laws in place for rehabilitation for first-time, non-violent offenders, has also said marijuana is a gateway drug. Like Santorum, he’s also said he wouldenforce federal laws. Candidates’ viewpoints are sure to become more defined as the political field narrows in the coming months, but until then the overarching theme is that states are acting on their own. Once the political actors become more clear, so will the future of marijuana legalization.   Follow Nikelle onTwitter and Facebook