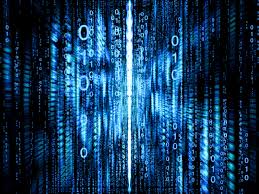 Knowledge is power…and can lead to big profits.

That’s why businesses in mainstream industries utilize data to analyze their performance, markets and competitors.

Now, a handful of firms are providing cannabis companies with in-depth data that hasn’t been available in the past given the industry’s youth.

“The data side is going to look more like it looks in other industries. We’re just playing catch-up right now,” said Roy Bingham, CEO of BDS Analytics, an information-centric company that helps marijuana dispensaries and recreational shops in Colorado and Washington State cater to their customers.

Some companies such as BDS are selling data as their main product, while others are providing figures, statistics and information to generate interest in their own businesses or as a side offering.

The company has three different levels of data services: a free weekly report, a premium report that goes for a $75 monthly subscription, and a high-end data package that costs $200 a month.

And those professionals want professional numbers to examine, including everything from pricing trends to THC potency levels to sales figures of different products and cannabis strains.

“This is the type of data that the financial markets are looking for,” said Robert Ruiz, chief marketing officer for Amercanex, an online marketplace for buyers, sellers and investors. “In Wall Street, data is a very important tool. Companies purchase data from you left and right… So data is going to become a tremendous revenue stream for us in the future.”

Amercanex, like several other online cannabis marketplaces, differs from BDS and New Leaf Data Services in that it’s not focused primarily on providing intel for its customers. Rather, clients can purchase seats on the exchange, which now go for $10,000 for a lifetime membership (up from $2,500 when the exchange launched in July 2014).

Along with that membership comes all types of data, as long as a seatholder is a licensed company in Colorado. That’s the one catch right now with the exchange: It’s limited to a single state.

But that’s going to change, Ruiz said, indicating that Amercanex is looking to expand not just throughout the United States but internationally as well.

Other online trading platforms are also increasingly making more data available for customers, though many are so far only in one or two states (mostly Colorado).

Some, such as Cannabase and Tradiv, are looking quite actively to set up wholesale platforms – and provide the pricing data that comes with them – along the West Coast.

“We take our data incredibly seriously,” said Jennifer Beck, the CEO of Cannabase, an online wholesale marketplace that also has a social media platform.

One of the company’s extras is what it calls “cannalytics,” a breakdown of charts and graphs that looks at pricing trends and sales numbers, and goes for $20 a month. It includes Colorado pricing data that goes back six months, Beck said.

“The more mature businesses who are using the data available are going to continue to rise in a healthier and more streamlined way than businesses who operate in a vacuum,” Beck said.

BDS Analytics, for example, has 20 million transactions involving 20,000 products already in its database since its founding roughly a year ago. Bingham said that information can be used by retailers to figure out which edibles are most popular with customers, or by manufacturers to decide if they need to change their marketing scheme or packaging to increase sales.

And, Bingham said, vendors are getting on board with it.

“The adoption by dispensaries has been faster than we experienced in any other industry,” Bingham said. “We worked with Whole Foods in the health food market, and we were able to add a store a week. Here, we’re adding multiple stores a week, because they realize the value of this data.”

New Leaf Data’s Rubin added that the numbers his company provides can be used as a starting point for wholesale negotiations, which can vary depending on if the cannabis was grown indoors or outdoors, if it’s a particular strain or potency, or any number of other factors.

“We have hundreds and hundreds of transactions, and thousands and thousands of pounds that go into our weekly national benchmark,” Rubin said. “We are the common reference point, to provide a baseline. And then the seller can say, ‘Here’s why I think my cannabis should be priced higher.’ Or the buyer can say, ‘Here’s why I think your cannabis should be priced lower.’”

Because cannabis is moving at an ever-quickening pace into the mainstream, data analytics is poised to become a part of everyday life for successful companies – especially those that want to grow into national or international brands.

“It’s inevitable that we’re going to see data play as important a role as it does in other industries,” Beck said.

Correction: The original version of this story stated that New Leaf Data Services offers a premium report for a $75 annual subscription. That was incorrect; the fee for the premium report is $75 a month.

John Schroyer can be reached at johns@mjbizdaily.com