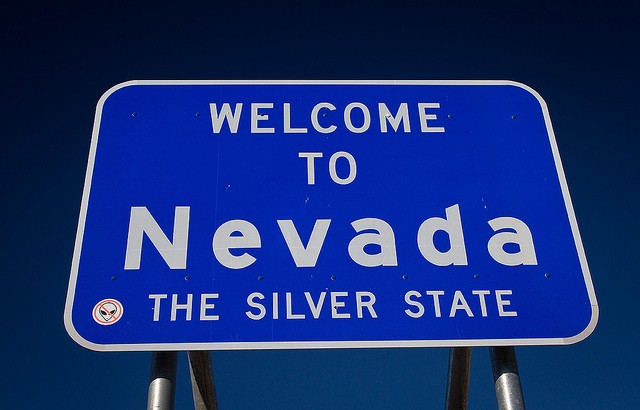 After a 15-year wait, the first medical marijuana dispensary opened in Nevada in July 2015 in Reno and the second opened in August in Las Vegas where out of the more than 9,500 registered medical marijuana users in the state, over 6,700 live in Clark County, where Las Vegas is located.
And while the number of registered users in the state is small (Nevada is the nation’s 35 most populated state, according to the 2010 census), Nevada has three main features in its proposed state cannabis laws, which are making it attractive to outside investors and garnering some national attention.

The first attraction is that current regulations allow registered patients from other states to buy cannabis in Las Vegas while visiting.

This is very attractive because Las Vegas alone attracts more than 40 million visitors annually. According to published reports, “a number of companies and wealthy entrepreneurs are hoping to snap up provisional licenses in Nevada – or the businesses that won them – after the state’s governor signed a law in June [2015] allowing the transfer of MMJ permits, creating what could become a lucrative secondary market.”

The second is that language in a ballot measure slated to be presented to voters in November 2016 says that individuals or companies, who currently hold medical marijuana establishment registration certificates will be allowed to apply for recreational sales permits for 18 months should the initiative pass.

In effect, this so-called “reciprocity clause” would give preferential treatment to existing medical marijuana card holders for the 18 months before more licensees are offered to new entrants. This exclusivity provision has also brought on the state’s major alcohol lobbying group and made it a large public supporter for legalizing marijuana.

According to the Las Vegas Sun, the liquor industry has gained a vested interest in seeing the measure pass since language in the state initiative would give alcohol retailers exclusive rights to distribute cannabis for the first 18 months of legal sales. “That could mean hundreds of millions in sales for Nevada’s alcohol retailers,” according to the Marijuana Business Daily.
The third is that Nevada is leading the nation in mandating testing for its medical marijuana and that is fostering the growth of advanced testing systems. According to Todd Denkin, CEO and president of Digipath, Inc., a sophisticated cannabis testing company, Nevada is setting a national standard on medical marijuana quality by mandating that each dispensed product is tested for eight specific impurities, including microbials, heavy metals and pesticides.

Denkin said that just as Nevada established gambling laws that were adopted nationwide by other gambling states, “the current cannabis testing regimen will become the prototype for other states in terms of setting quality standards, cleanliness and patient safety. Nevada is stepping up and that is something that the industry needs,” he said.

Denkin is “thrilled about the market prospects” in Nevada for a few reasons. First, he said “this is an industry that already has many customers.” Nevada already has 186,000 patients registered to use the product (state population is 2.9 million), but California, (population 39 million) has 500,000 licensed patients.

The second reason to be optimistic is because cannabis testing is projected to be a $800 million industry if legalization happens, according to Greenwave. State law mandates that every five pounds of medical marijuana has to be tested. Each test costs between $500 and $1,000, so Digipath, which is at the lower end of that price break, is well set since it uses advanced technology that’s faster and fulfills all state requirements.

For instance, Digipath uses Medicinal-genomics QPCR testing technology that requires a $90,000 machine and a triple quad mass spectrometer that costs $250,000 to test for pesticides. Tests in his lab can be done in 48 hours compared to a waiting time of up to 5 days in other facilities, he said. The tests look at the DNA of the organism, and analyses of microbials, yeasts and molds.

But despite these positive features for business, law enforcement still carries a heavy hand. While Nevada can no longer assign jail time for those caught with a small amount of cannabis violators still can be arrested, fined, and charged with a misdemeanor. For instance, possession of one ounce or less on the fourth offense becomes a felony with a $5,000 fine and one to four years in jail, according to NORML.
An Optimistic Future?

While Las Vegas is considered the nation’s adult playground, Nevada is in many ways a state with many contradictions.

As one of the least populated states in the union, it has been politically progressive: It was the first state to ratify the 15th Amendment to the U.S. Constitution, which gave African-American men the right to vote, on March 1, 1869.

It is also renowned for legal gambling, but even this history did not emerge in one continuous advance. Gambling was legal between 1869 and 1910, but it was then banned in October 1910. Despite the prohibition the law was ignored as new gambling devices, such as machines, tables and wheels were moved out of sight, but continued to operate. Then, in October 1931, as the Great Recession ground the nation’s economy down, gambling was legalized.

Today, Nevada is again in the throes of a legislative and social wrestling match over the issue of whether to criminalize cannabis for medical and recreational uses statewide. This process has been going on for 17 years since Nevada voters first approved the medical use of marijuana in 1998 and then again in 2000. Citizens have been allowed to grow their own marijuana with a doctor’s permission and a state card has been legal in Nevada since 2001. Then, the Nevada Legislature voted to allow dispensaries and commercial growing in 2013. Late in 2014, the Nevada Division of Public and Behavioral Health chose the dispensary applicants that would be allowed to open.

Finally, in August 2015, the state’s first dispensary, Euphoria Wellness, opened in Clark County. The shop is one of 40 dispensaries approved for Clark County last year by state health officials, according to the Las Vegas Review-Journal.

But even as Euphoria Wellness opened for business, there was another snafu: county officials told the dispensary it could buy only 2½ ounces from each home grower. The officials cited a provision in state law saying a patient can only possess that much “usable marijuana” at one time, which would have drastically limited supplies and made commercial sales impractical. The dispensary’s owners then decided to sell only commercially grown plants that were tested and approved by a state-licensed laboratory.

Selling liquor and offering gambling were not this difficult.

Today, medical marijuana is available for cancer, glaucoma, PTSD, muscle spasms and seizures, nausea and other conditions subject to approval, according to NORML.

Not So Care Free In Nevada

Despite the opening of the state’s first dispensary, Nevada is not very tolerant when it comes to casual marijuana possession.

According to the Marijuana Policy Project, Nevada may have “decriminalized” cannabis, but simple possession is a misdemeanor and a first offense of up to an ounce is punishable by a $600 fine, with no jail time.

In 2012, there were over 8,500 marijuana-related arrests or citations in Nevada; 85% of them for possession. According to MPP, “in 2012, nearly 90% of reported burglaries, including home invasions, and over 92% of all motor vehicle thefts went unsolved. Law enforcement should stop wasting time and resources on failed marijuana prohibition policies, particularly when most Americans now agree marijuana is less harmful than alcohol.”

Chuck Epstein is an award-winning writer, who has held senior-level marketing and communications positions at the New York Futures Exchange, Chicago Mercantile Exchange, Lind-Waldock, Zacks Investment Research, Russell Investments and Principal Financial. He has won national awards from the Mutual Fund Education Alliance (MFEA) and his site, www.mutualfundreform.com, was named best small blog in 2009 by the Society of American Business Editors and Writers (SABEW).