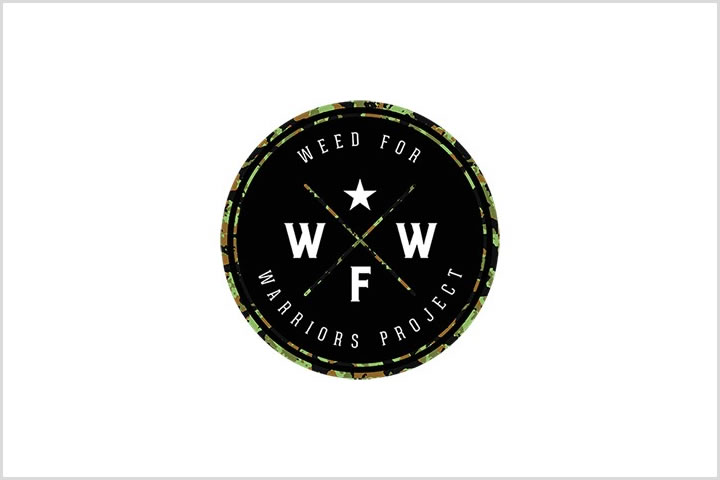 DENVER, Nov. 30, 2015— Dropleaf, the brand management firm that has obtained the exclusive rights to the Julian Marley JUJU Royal brand, has announced it will begin making charitable contributions to the Weed for Warriors Project on an annual basis beginning in 2016.

Dropleaf said it will donate 1% of annual sales to a limited number of select charities and the Weed for Warriors Project is the first charity chosen to be a recipient.  The charitable donation program will be based on Dropleaf’s annual sales made in 2016, according to Jeffrey Britz of Dropleaf.  Other charities will be selected in 2016, he added.

The Weed for Warrior Project benefits military veterans who suffer from post-traumatic stress disorder (PTSD.)  The Project seeks to raise public awareness about the need for the U.S. Veterans Affairs Administration (VA) to change its policies regarding the use of medical cannabis to treat PTSD symptoms. The VA’s current policy is to treat PTSD with prescription psychiatric drugs that are addictive and have debilitating side effects.   More information about the Weed for Warriors Project is available at their website, http://wfwproject.org.

Britz made the announcement as part of the expansion of the new JUJU Royal Premium Marijuana brand.  This new premium cannabis line is comprised of branded merchandise in the main cannabis industry product lines: flower, oils, edibles, apparel, vape pens, concentrates, oil extracts, shatter and wax, beverages and merchandise. These products became available in select legal cannabis dispensaries in Washington and Colorado in the summer of 2015. Additional states will be added in the fourth quarter of 2015.

In September 2014, Dropleaf obtained exclusive worldwide rights to Julian Ricardo Marley’s name, likeness and image for marijuana goods and services, including marijuana, marijuana edibles, and other derivative products and branded merchandise, including, without limitation, clothing, posters, and associated marijuana paraphernalia.

“We are making these charitable contributions because we know how important they are to the recipients.  As a reliable corporate citizen, Dropleaf and everyone associated with Dropleaf, including its valued licensees and management, acknowledges the importance of this contribution as a means of improving the lives of others,” Britz said. “We look forward to making these contributions larger over the years as Dropleaf becomes the cannabis industry’s brand development leader.”

As a result of being heavily influenced by his father, Bob Marley, who passed due to melanoma, and his Rastafarian beliefs, Julian Marley strongly supports the fight to legalize marijuana, especially since it will benefit patients who suffer from ailments that could benefit from the plant’s healing components.

In this spirit, a portion of the proceeds from the Julian Marley JUJU Royal Premium Marijuana brand will be donated to several cancer-related foundations and charitable organizations. The list of possible recipients is now being evaluated and is expected to be released during the first quarter of 2016.

About the JuJu Brand
Dropleaf acquired rights to the Marley’s JUJU Royal brand to educate people about the natural connection between Julian Marley, Rastafarian culture, reggae music and marijuana.  With Julian Marley as the brand’s ambassador, Dropleaf intends to capture a significant share of the marijuana market by licensing the brand to cannabis growers, edible manufacturers, and retail stores.  More information about the brand can be obtained at their web site, www.jujuroyal.net.

On the development front, Dropleaf is continuing to work in the future to work with Julian Marley to identify and develop strains of marijuana that meet Julian’s rigid standards. They are continuing to conduct research and development with certain origin seeds to produce their own signature Julian Marley strains for the Julian Marley JUJU Royal Premium Marijuana collection. The intent is to make these strains available to dispensaries, caregivers on a worldwide basis where it is legal.

The first wave of these new cannabis products developed by Dropleaf’s collaboration with Julian has recently been released by Dropleaf’s Washington licensee Rogue Raven and has met with rave reviews. Additional strains will continue to be added in the future by Rogue Raven, the Health Center and other licensees.

Julian stated “I am happy to speak out in favor of decriminalization and I salute Dropleaf as a proud participant in the movement and struggle to make this natural super plant available for all who need it and its healing properties.” Julian also said he is excited about working with Dropleaf on the development of Julian Marley JUJU Royal strains.

As views of marijuana have shifted in recent years in favor of the plant, more people are learning that it is one of the most powerful healing plants on earth. Many who support the legalization of marijuana have cited studies that have found this plant to suppress seizures, reduce blood pressure, symptoms of PTSD, treat glaucoma, alleviate pain and help to treat other ailments that had previously evaded effective treatment.

About Julian Marley
Born in London, England on June 4, 1975, Julian Marley is the son of reggae legend Bob Marley and Barbados-born Lucy Pounder. Growing up as a youth in a musical atmosphere, the Grammy Award Nominated roots-reggae musician, singer-songwriter, producer and humanitarian quickly adopted a musical lifestyle, and at an early age became a skillful, self-taught musician mastering the bass, drums, guitar and keyboards. For more information, visit:

About Dropleaf, LLC
Dropleaf LLC, prides itself on being a pioneer of branding within the cannabis industry. Their flagship brand will be the Julian Marley JUJU Royal Premium Marijuana collection of flowers, edibles, and beverages. Dropleaf has future plans for additional strains and a line of products and merchandise. The Dropleaf team supports a legally controlled market for marijuana where consumers and patients can purchase cannabis for medicinal and personal use from a safe and legal source. For more information, visithttp://www.thedropleaf.com.

The Weed for Warriors Project’s sole purpose is to advocate to the Veteran Affairs Administration on behalf of all veterans. Founded in 2014, the WFW Project seeks to allow veterans the freedom to use medical marijuana as a recognized medical alternative to harmful psychiatric drugs, without any discrimination or unjust actions against the individual.  The WFW Project also was nominated for the 2015 Cannabis Business Awards in Denver.  The annual award is made to organizations in the cannabis industry nationwide that have advanced or made innovative contributions to the industry.

For more information about the WFW Project, including how to make a donation, visit their web site at www.wfwproject.org