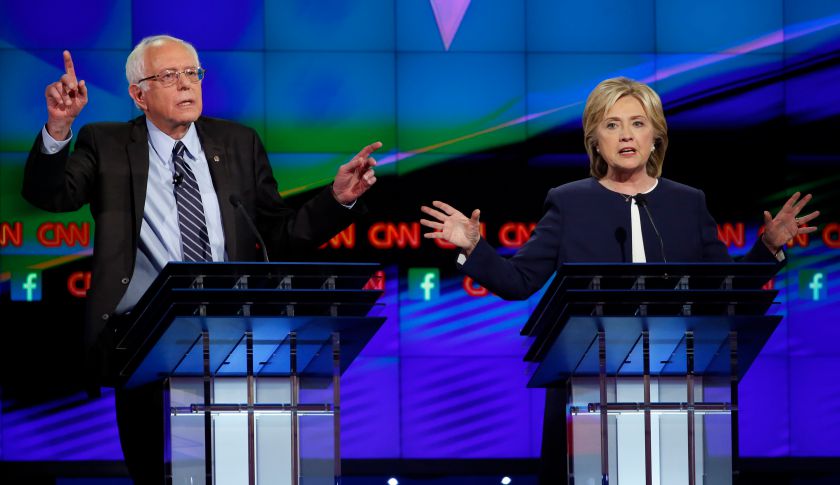 By: Extract of Sun Times

Democratic presidential hopefuls spent much of Sunday evening’s fourth primary debate in Charleston, South Carolina, sparring over health care, foreign policy and guns, but drug policy reform did come up a few times during the evening.

Early into the debate, Vermont Sen. Bernie Sanders called out existing drug policies for continuing to incarcerate marijuana offenders on the public’s dime, rather than using those funds for programs of social and economic uplift.

“We need to invest in jobs and education, not jails,” Sanders said.

Sanders juxtaposed so-called “white collar” crimes with drug crimes, saying it’s ridiculous that bankers didn’t go to jail for toppling the economy but kids are sent to jail all the time for simply smoking weed.

Front-runner Hillary Clinton also spoke critically about millions of dollars wasted on a “failed War on Drugs” and said drug addiction ought to be treated like a health issue, not a criminal one.

Clinton said states must work closer with the federal government to tackle drugs and drug addiction, and said she has a record of trying to facilitate such cooperation.

Clinton has spoken out against failed drug war policy along the campaign trail before, although some critics question how invested she is in enacting such reform, given her record of supporting “tough on crime” policy.

Some of Clinton’s top campaign contributors are private prison lobbyists, who directly profit from more bodies behind bars, as reported by The Intercept.

O’Malley has spoken out before about his support for easing federal marijuana policy and removing the drug from the federal government’s list of Schedule 1 substances under the Controlled Substances Act.