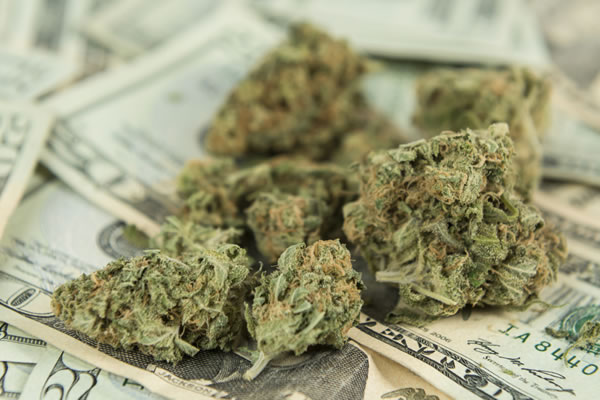 By: MJIC Inc. on Equities.com

The legalized cannabis market has entered into a new phase of its growth. While there was significant hype around the potential of the industry when recreational cannabis was still only on the path to legalization a few years back, the genuine interest and excitement this time around certainly feels much more sustainable and legitimate. There are a number of reasons for this. Many of the early companies that didn’t have sound business models fell by the wayside, and the ones that survived learned meaningful lessons that helped to strengthen them for the industry’s future. More importantly, the level of credibility continues to rise as more and more leaders from corporate management, the scientific community, and government are getting involved.

Yet, for as far as the industry has come in the past 18 months, it’s still very much in the early stages of realizing its full potential of becoming the $35-$50 billion market that many project. For investors, there’s a clear sense of the generational opportunity being presented to them. The problem is, however, identifying the right exposure to capitalize on this opportunity is proving to be a bit more complex, given the very unique nature of the cannabis market and the regulatory environment in which it operates.

That’s primarily why MJIC, Inc. was formed. As a diversified operating company, MJIC focuses on providing quality exposure in a selective variety of verticals within the cannabis industry for investors. According to MJIC, the company’s mission is to “create opportunities for people to join this frontier market in a way that responsibly manages risk and reward. MJIC seeks to position its shareholders to win as cannabis matures into a legal and regulated industry nationwide.”

Establishing Pillars of the Cannabis Industry

Currently, the company operates by three divisions, each focused on essential services that the cannabis market sorely lacks: media, capital and business solutions.

“Our vision is that we want to be one of the first diversified operating companies in the cannabis industry,” said David Friedman, CEO of MJIC, Inc. “We’re going to focus on operating businesses, many of which we’ll invest in and incubate in the early stages, but then acquire because that’s how you build shareholder value – driving revenues, establishing processes and running real businesses. We’re focused on areas where we can build efficiencies into and where we’re not inhibited by interstate commerce issues.”

Friedman, who became CEO in December after Frank Marino resigned due to health-related reasons, explains the company’s three primary business segments, which are MJIC Media, MJIC Capital and MJIC Solutions.

MJIC Capital provides financial services like investment banking, debt financing, and accounting for cannabis companies. MJIC is unique in that it focuses on both private and public companies in a wider range of sizes, from startups to more established businesses.

With MJIC Solutions, the company will be looking to build a scalable model—one that doesn’t currently exist in the market due to the fragmentation and limitations of cannabis still being a Schedule 1 drug.

“The cannabis industry is evolving, but it’s evolving slower than a lot us would like,” Friedman said. “There are more and more legitimate people coming into it. The problem is that it’s still not hyper-scalable like most other industries are because of, primarily, the banking restrictions. That’s all tied together to the fact that it’s federally illegal, but it’s very difficult for the big dollars to invest in the industry right now. The industry is still building its infrastructure.”

While the cannabis market opportunity may attract larger investors and businesses, their interest wanes because of the current lack of infrastructure and scalability. For many of the larger investors, it’s still too early.

“it’s a little bit of a push and pull,” Friedman said. “The biggest funds that you see in the industry right now are around $25-$30 million. That’s small compared to most funds. If you think about it on a relative scale, it’s just hard for really experienced, deep-pocketed people to get in the industry and make an impact.”

The California Green Rush is Key

While these challenges have certainly hampered the industry’s ability to maximize growth until cannabis is removed as Schedule 1 substance, they also create a window of opportunity for companies to establish themselves with the open runway. According to Friedman, the industry is eyeing California (and its 40 million residents) as the next game-changer for the industry.

“If California goes recreational in 2016, which we’re all hoping that they will, then it will quadruple the market, and I think that’s a conservative prediction,” he said. “That’s critical because the key to building a business is to be able to grow them large enough so that you can build scale and then create efficiencies. Colorado is just not big enough. You can’t get big enough, but in California you can. So then you’ll start to have businesses that get in there and get to some scale and then the other issues start to come to fruition.”

Friedman does point out, however, that while California is potentially very close to legalizing cannabis for recreational use, it will perhaps be the only large state to do so in the near future. Illinois, Texas and New York may still be a few years away in that regard.

“There’s still plenty of opportunity for the next two to three years, unless something drastic happens at the federal level,” he adds.

While it’s understandable that investors and entrepreneurs already in the cannabis market want the rate of expansion to accelerate, this extended window and gradual pace does afford time for diligence. Businesses can hone in on their growth strategies and execution, while investors can focus on really uncovering quality ideas and investments that they have confidence in.

“I think people really need to educate themselves more and really consider things,” Friedman said. “What I see time after time is when a new state legalizes, everybody goes, ‘Oh, wow! Marijuana has been made legal in our state.’ And they rush out to invest in a dispensary or cultivation center and they don’t take time to evaluate the investment. So there’s always this mad rush. But I think that whenever you have these gold rushes, dream-rushes, whatever you want to call them, everybody runs to the gold in the room, but actually, the pick-and-shovel approach is not a bad idea.”

The pick-and-shovel approach is a good way to describe what MJIC does—applying sound business practices to an emerging market, all the while hedging the major industry risks. “I think people need to learn from history and take a step back,” Friedman said. “Sometimes what’s not as sexy is much more likely to make some money.”

You can find out more about the Marijuana Investor Summit and Business Expo taking place at the San Francisco Hilton Union Square on March 3-5, 2016 by visiting http://sanfrancisco.marijuanainvestorsummit.com/20…

Disclosure: In the purview of Section 17(B) of the Securities Act of 1933 and in the interest of full disclosure, we call the reader’s attention to the fact that Equities.com, Inc. may be compensated by the companies profiled in the Spotlight Companies section. The purpose of these profiles is to provide awareness of these companies to investors in the micro, small-cap and growth equity community and should not in any way come across as a recommendation to buy, sell or hold these securities. Equities.com is not a registered broker, broker dealer, investment advisor, analyst, investment banker or underwriter. All profiles are based on information that is available to the public. The information contained herein should not be considered to be all-inclusive and is not guaranteed by Equities.com to be free from misstatement or errors. Readers are reminded to do their own due diligence when researching any companies mentioned on this website.