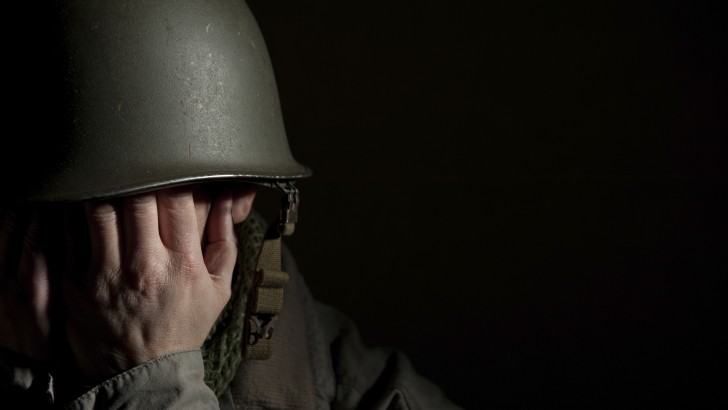 Alarmed by the suicide rate of more than 22 veterans per day, a veteran’s group is challenging the U.S. Veteran Affairs Administration’s (VA) policies in court and on the public relations front about the restrictions of medical marijuana as an approved treatment for post-traumatic stress disorder (PTSD.)

To draw attention to the VA’s current policies on medical marijuana, the Weed for Warriors Project (WFWP) said it wants the VA to allow veterans to use cannabis as a legitimate medical alternative to what it said are harmful VA-prescribed psychiatric drugs.

In a statement, the WFWP said “we can’t dismiss” those veterans who have found positive medical benefits by using marijuana. “We have experienced this blessing (using marijuana to treat PTSD) as well, first-hand. We are on the front lines every day.

“As federal patients, we believe any discussion of cannabis’ risk profile must not happen in a vacuum. Current federal policy ensures that it does. If the government’s position is going to have any credibility, we must be able to openly and honestly compare risks/benefits associated with cannabis vs. the risks/benefits associated with the current mainstream pharmaceutical approach.

Unfortunately, the majority of us are, or have been, prescribed, a cocktail of prescription narcotics. VA psychiatrists largely have no idea what affect the drugs will have (on their own, or when combined with others).”

According to Ricardo Pereyda, operations director of the WFWP, “As federal patients, we require that cannabis be recognized by the VA as a viable alternative to dangerous SSRI’s (selective serotonin reuptake inhibitors), opiates, and other commonly prescribed drugs. We know from recent reports that cannabis has statistically lowered the overdose-suicide death rates in states where it is legally accessible. As federal patients, we require federal access to medical marijuana.”

In a related move, five veterans have filed a lawsuit in Colorado, which challenges the state’s ruling in July 2015 against using cannabis as an acceptable treatment for PTSD.

While, Colorado approved medical marijuana as a treatment for various ailments since 2001, the state’s health board has refused to approve cannabis as a medication three times and barred it from being listed as an approved medicine. A proposal to allow medical marijuana as a treatment for PTSD failed in the state legislature in 2014.The state board excluded PTSD from the list of acceptable medical disorders despite a recommendation from Colorado’s chief medical officer, Dr. Larry Wolk.

The state panel ultimately rejected including PTSD as treatable with marijuana in a 6-2 vote, citing that there was insufficient federal research linking medical marijuana to reducing the ill-effects of PTSD. But relying on a federal cannabis treatment standard is impossible because the federal government does not do research on medical marijuana. “The board in effect established a standard that was impossible to meet,” Robert Hoban, attorney for the patients, “They insist on having a federal study, which in effect is a futile standard.”

In the lawsuit, the plaintiff’s attorney, Adam Foster, of the law firm Hoban and Feola, Denver, Colorado, argued that the veteran’s access to medical marijuana has been “severely impeded” by the state medical board’s refusal to recognize PTSD as a condition appropriate for medical marijuana treatments.

Foster said the main issues in the suit center around whether adding PTSD as a new condition for medical marijuana treatment requires it to meet three research criteria, as required by the state board. The criteria include a search of random controlled trials, peer- reviewed studies and “well-designed observational studies” that show medical marijuana is more effective than the majority of pharmaceutical drugs now being prescribed to treat PTSD.

The Colorado medical board said no randomized control trials were conducted. But when an expert, Dr. Susan Sisley, was brought in to testify before the board, her testimony was limited to just two minutes, according to the lawsuit. By doing this, the “Board abused its discretion…thus denying proponents of the Petition to present the most pertinent scientific testimony in favor of the Petition.”

In addition, the medical board insisted that in order to add PTSD as an eligible cannabis treatment category, it needed “a randomized controlled study. But this establishes an arbitrary and unattainable standard because the federal government has refused to allow the grant-approved work of researchers to advance, the lawsuit said.

Even worse, “due to delays from layers of federal government red tape, it is unclear when the PTSD/marijuana randomized controlled trial will commence. And in fact, published data from this study will not be available to the public for four years.

“The data from the study reaches the level of rigor that the Board was demanding, but the study was submitted to the FDA in 2010 and will not have published data until 2019. This is evidence of the way marijuana efficacy research has been systematically impeded in the U.S. Demanding randomized controlled trials before medical marijuana can be recommended to treat PTSD under Colorado law is an unreasonable standard because it cannot be attained in a reasonably timely manner, and does not address the immediate needs of PTSD patients,” the lawsuit said.

Veterans’ advocates contend that listing PTSD as an approved condition treatable with medical marijuana would allow doctors to recommend cannabis strains that provide relief without the drug’s psychoactive properties. Using cannabis from state-licensed sources also would allow for better tracking of its efficacy, according to Teri Robnett, director of the Cannabis Patients Alliance and member of a board advisory panel that recommended the inclusion of PTSD.

Currently, eleven states, plus Washington DC, allow medical marijuana to be used to treat PTSD. Foster expects the case to be heard in a Colorado state court in 2016, however, “we want to see this resolved as quickly as possible.” A similar lawsuit filed in 2014 called for marijuana to be used as a PTSD treatment was filed and won in Arizona.

To draw attention to the VA’s ban on using medical marijuana to treat PTSD, the WFWP and MagicalButter.com are holding the 2015 Cannaball Run for Vets that will be leaving Los Angeles Oct. 17, 2015 to Washington DC. The tour has planned stops in Denver, Phoenix, Nashville, Atlanta and Philadelphia.

On Sept. 10, 2015, the WFWP will host a crowdfunding campaign on Indiegogo to raise $40,000 to produce a cross country information campaign to educate veterans and the public about the alternative treatment of war trauma with cannabis therapy. This campaign will be filmed by Royal Studios for an upcoming documentary release. This tour will highlight the fight between veterans and the VA regarding the medical treatment of PTSD.

In a press release, the group said veterans comprise only 7% of the population, yet account for more than an estimated 20% of the national suicide rate. “As individuals who have proudly served in our nation’s Armed Forces, we are appalled by these numbers. This movement is to express our discontent with a system that has been abusing/ignoring us for far too long,” the group said in a prepared statement.